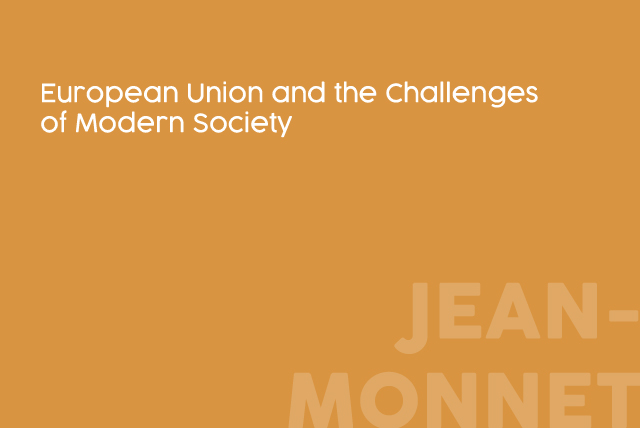 The Faculty of Law, CU in Bratislava has become a member of a team of experts from five European universities that won a project European Union and the Challenges of Modern Society. The project has been awarded by the European Commission in the Jean Monnet Networks category. It is the first time the grant was awarded in this category to applicants from Central and Eastern Europe. The work of the team will be coordinated and managed by the Jean Monnet Centre of Excellence in European Law at the Palacký University Faculty of Law, headed by Naděžda Šišková.

Scientists will work on a project with the full title European Union and the Challenges of Modern Society: legal issues of digitalization, robotization, cybersecurity and prevention of hybrid threats from September 2019 to August 2022.

The international team will consist of academics from five European universities – the Jean Monnet Centre of Excellence in Olomouc at UP, the University of Heidelberg, Tallinn University of Technology, Comenius University in Bratislava, and the Taras Shevchenko National University of Kiev

The team members for the Faculty of Law, Comenius University in Bratislava, are doc. Mgr. Ing. Ondrej Blažo, PhD., JUDr. Jozef Andraško, PhD. and JUDr. Mária Patakyová, PhD., who will address the issues of personal data protection, cybersecurity, competition law and the internal market. Colleagues from Tallinn will focus on the digital economy, colleagues from Ukraine on combating hybrid threats, scientists from Germany on the respect for the rule of law in relation to modern technologies, and Olomouc academics will deal with the legal aspects of robotization, consumer rights protection, and the specifics of competition law rooted in the digital economy.

Within the three years of the project, the investigators will hold a series of lectures, round tables, workshops and academic as well as student conferences. The experts will include the representatives of the European Commission, the European Parliament, and the EU Court of Justice. The output of the research will be the publication of two monographs and articles in impact journals.

The next scheduled event, which is a workshop entitled Balancing cyber-security and privacy, is organized by the Faculty of Law of Comenius University in Bratislava and will take place on 28 February 2020.